While we’re in pre-production, we’re busy ensuring that we’ve characterised the FUNcube Dongle. Here are some pictures of the pre-production construction process. 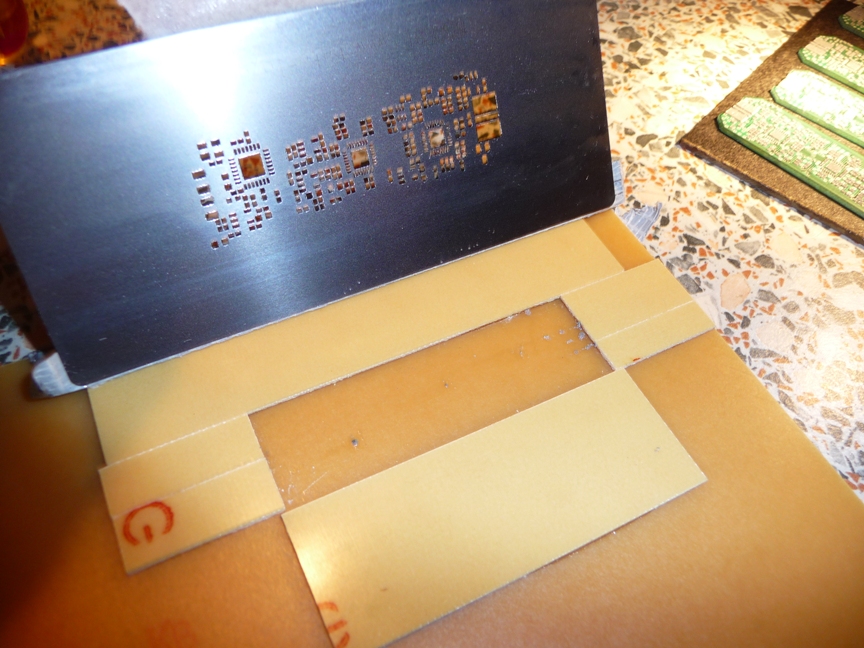 Here’s the jig for the solder paste stencil

The solder pasting takes about fifteen minutes per board: it’s not unusual to mess it up and have to restart. This means cleaning the board and stencil again, so on avergae it’s about 15 minutes per board.

The paste applied to one of the PCBs 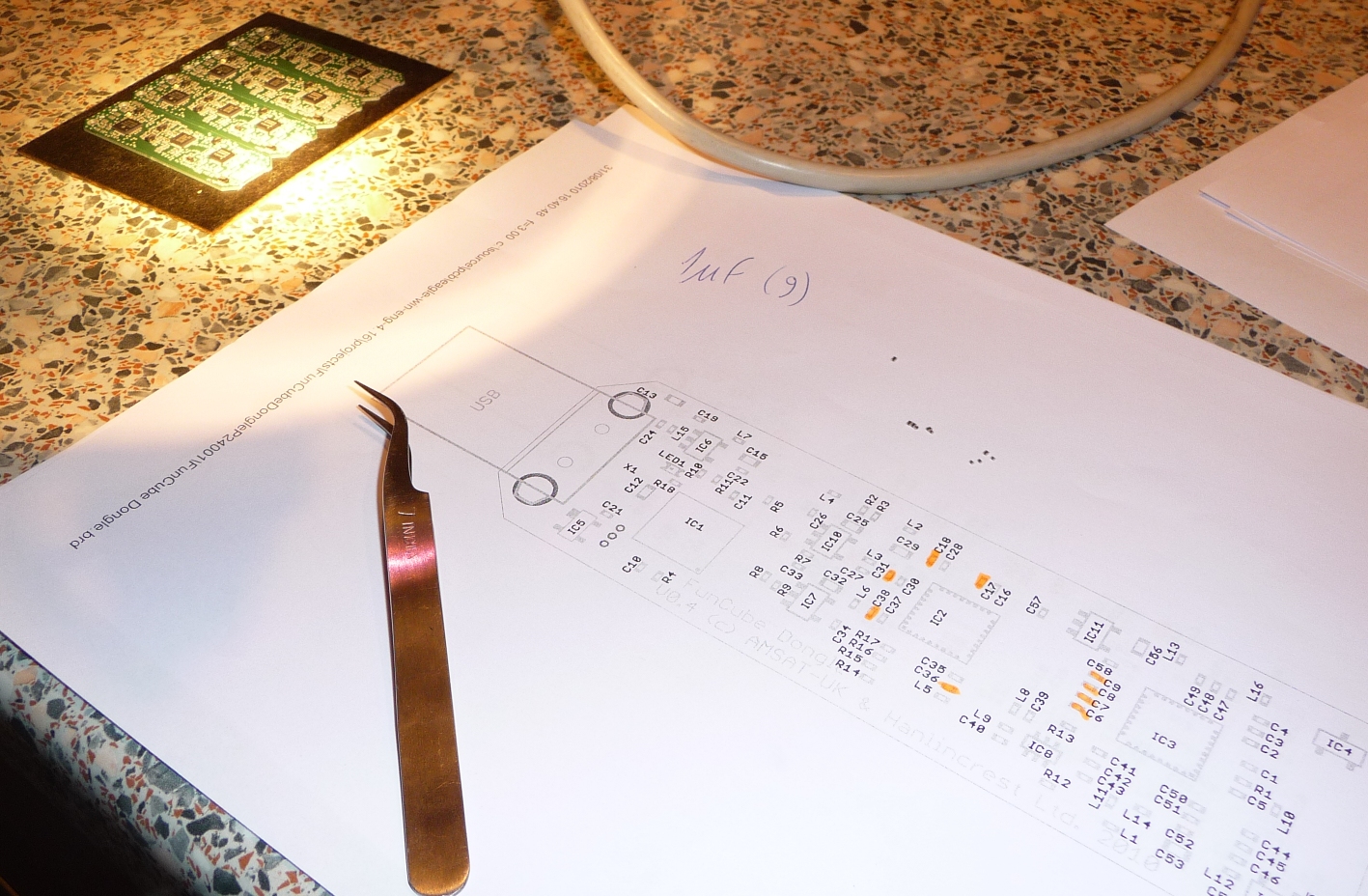 Placing the parts is the most time consuming part

A batch ready for reflow

Once the parts are placed, the boards are carefully placed in the oven.

After only a couple of minutes in the reflow oven everything’s soldered… but it doesn’t end there. A complete microscope inspection of every part on the whole board is conducted. Those 32 pin leadless QFNs almost always seem to need hand touchup.

Placing the surface mount parts on four boards takes me about two hours – that’s placing 400 parts in total. Optical inspection and associated rework takes about 20 minutes per board.

Once the boards have been built, I need to mount the SMA and USB plugs and the crystal. That takes about another 15 minutes per board. 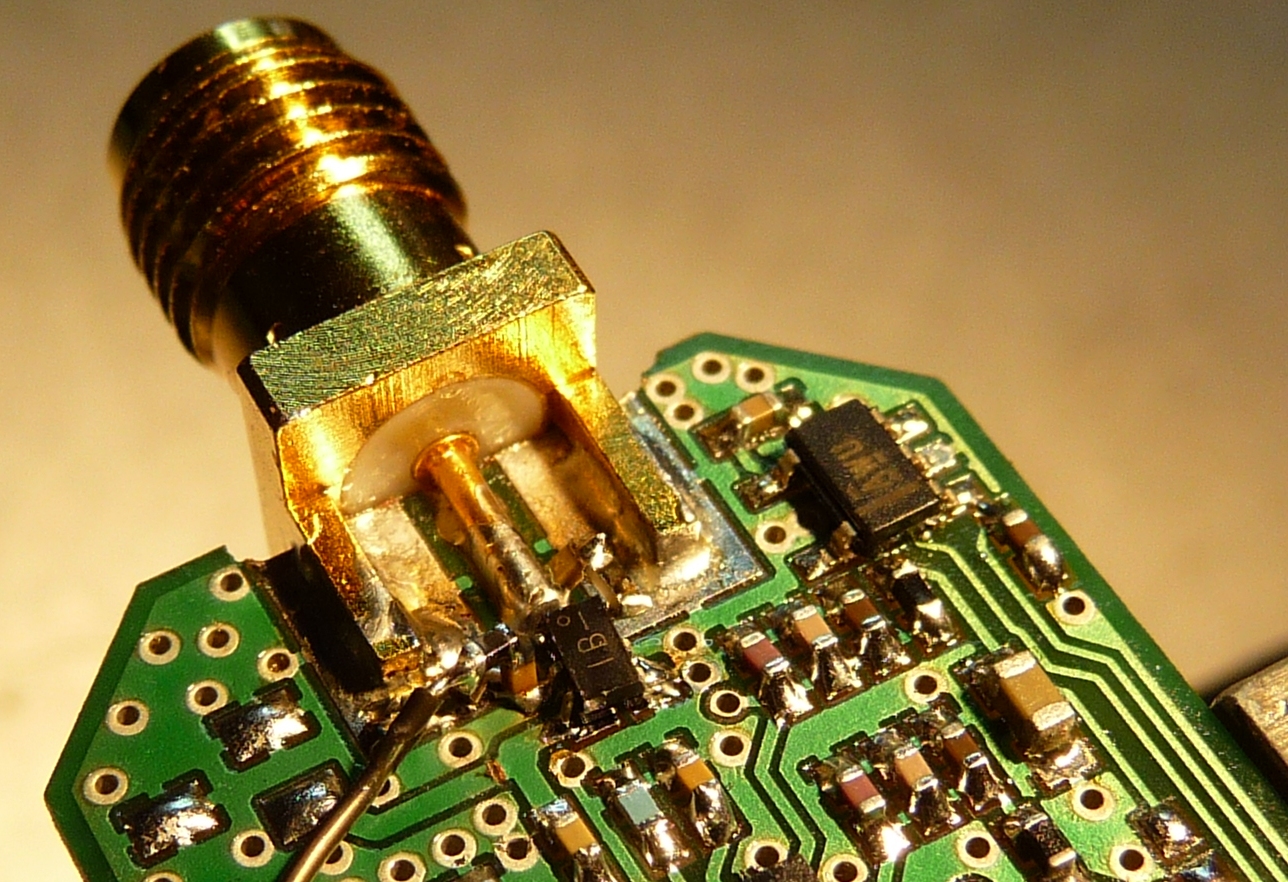 The rework for the LNA in the first PCB “spin”

We found in initial tests that sensitivity at VHF wasn’t quite good enough so we’ve been testing various LNAs. The rework for each LNA is about 30 minutes for each FUNcube Dongle. 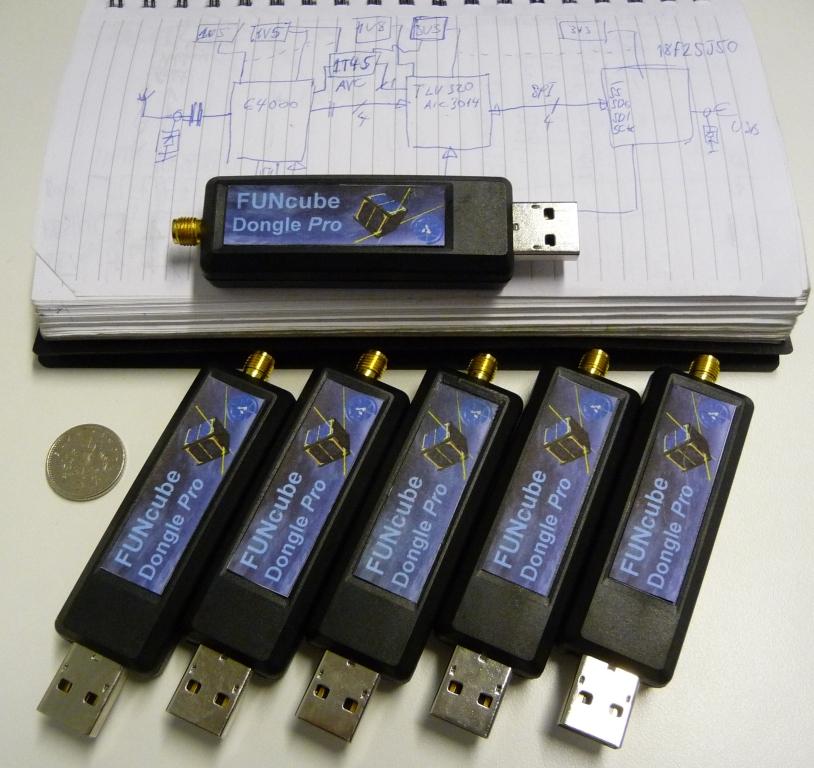 So, after about 1.5 hour labour per board, finally here is a selection of some of the first ten pre production units!