A total of 144 units were sold and have been shipped today (Tuesday 22 Feb). 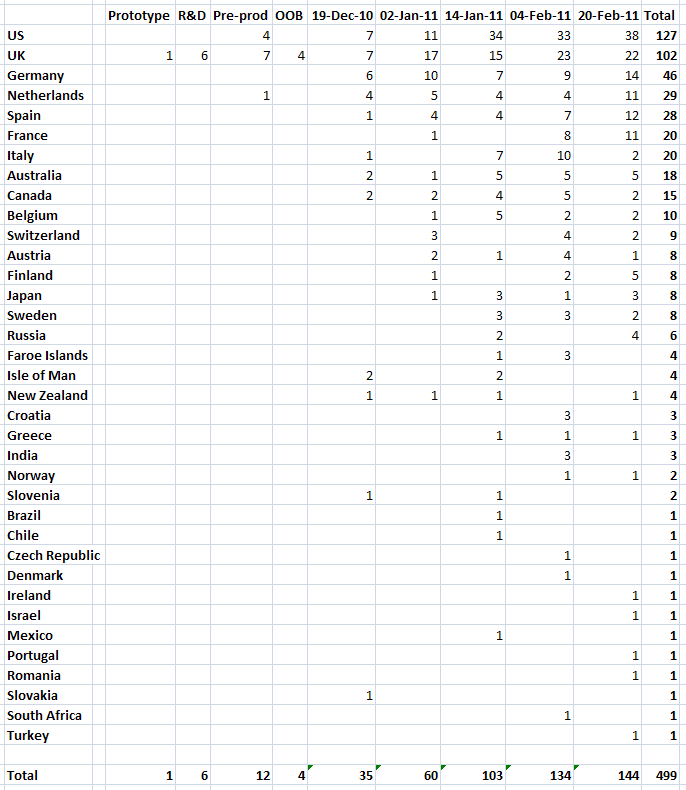 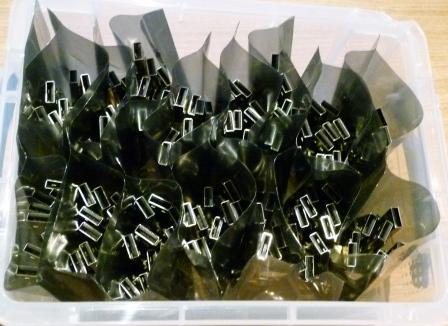 151 FUNcube Dongles after HPF Rework, ready for placing in enclosures.

18 Feb 13:30
Firmware programming and system test. I received 151 units on lunchtime on Friday. By Saturday lunchtime all 151 had been tested and 16 units with faults had been fixed.

19 Feb 13:00
The HPF rework and retest. I discovered that the LNA performance degradation and 1nF capacitor cracks are definitely caused by temperature fatigue. After the first ten units (four LNAs failed or degraded!), I dropped the tweezer temperature to 305 deg C (was 350 deg C) and the iron temp to 260 deg C (was 320 deg C) led to only one LNA replacement and no cap failures, previously I’d have had to change dozens of LNAs after rework. Only two units required other HPF fixes due to iron operator error.

Pretty much from Friday lunchtime to Tuesday lunchtime it has been full-on 16 hour days, I am ready for a day off – and as it happens I am under strict orders to go away this weekend, and I don’t think I’ll be allowed to pack any dongle related stuff.