Today I built three boards using parts from the production batch with the second, and hopefully final, spin.

All worked first time, and sensitivity was as expected with the LNA now integrated, although I have noticed that this batch seem to hang after five or ten minutes of streaming, unlike the version first PCB spin, so I will be looking into that. The firmware is identical so it’s a bit of a head scratcher at this stage. 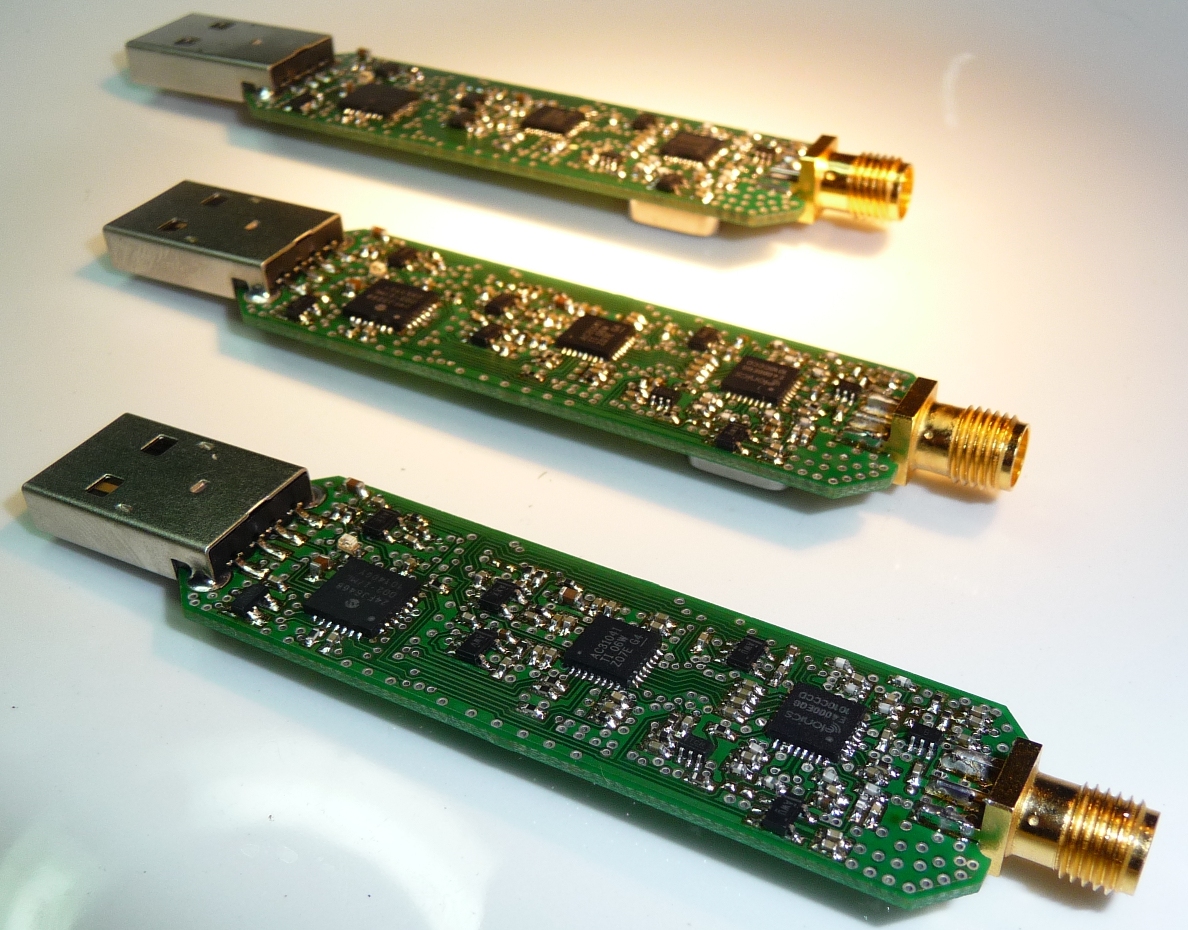 The three QFNs were reflowed and I hand soldered the other parts: a long story as to why I didn’t reflow the lot, but basically it was down to the four dimensional logistics of where I was this weekend, and at what time I could do what! 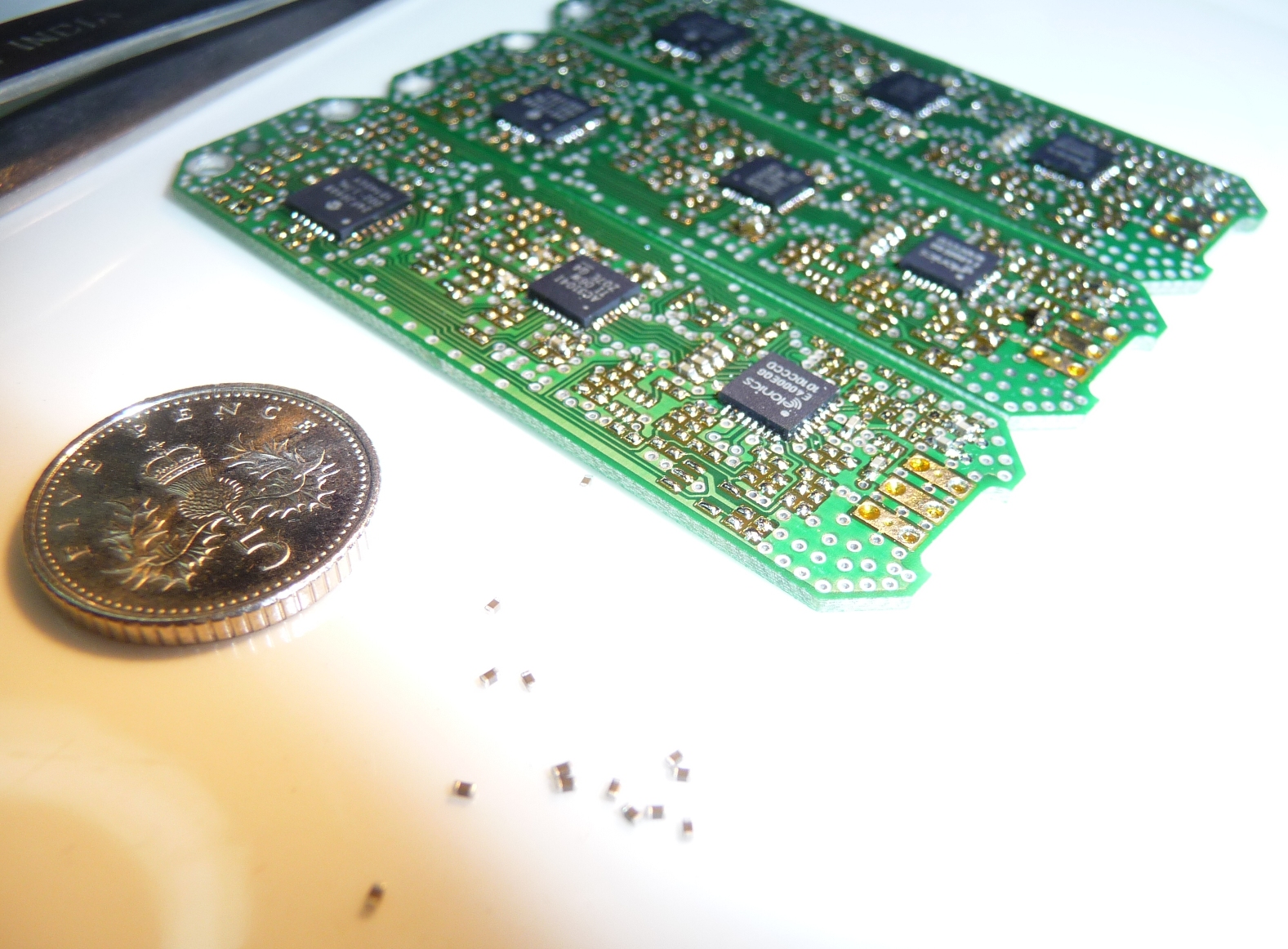 That 5p coin is about the same size as a US dime. Blow torch soldering not compatible!

If you look closely, you’ll see the orientation of the middle chip on the bottom dongle is wrong compared to the others – I had to lift at re-orientate the device. This is where you need a hot air iron. Now I like Weller stuff as you can see in the photo below, but for a hot air gun either you can pay £700+ for the Weller or £65 for one on ebay from China. I chose the latter, and it’s saved my bacon on a couple of occasions. If you’ve ever been to the electronics market in Hong Kong, you’ll have seen vendors at market stalls using these to re-chip mobile phones. I was in total awe the first time I saw this. Recommended, I wouldn’t be without one now.

Hand soldering I can do anywhere, but reflow I can really only do in the static workshop. Here is the “mobile” workshop… 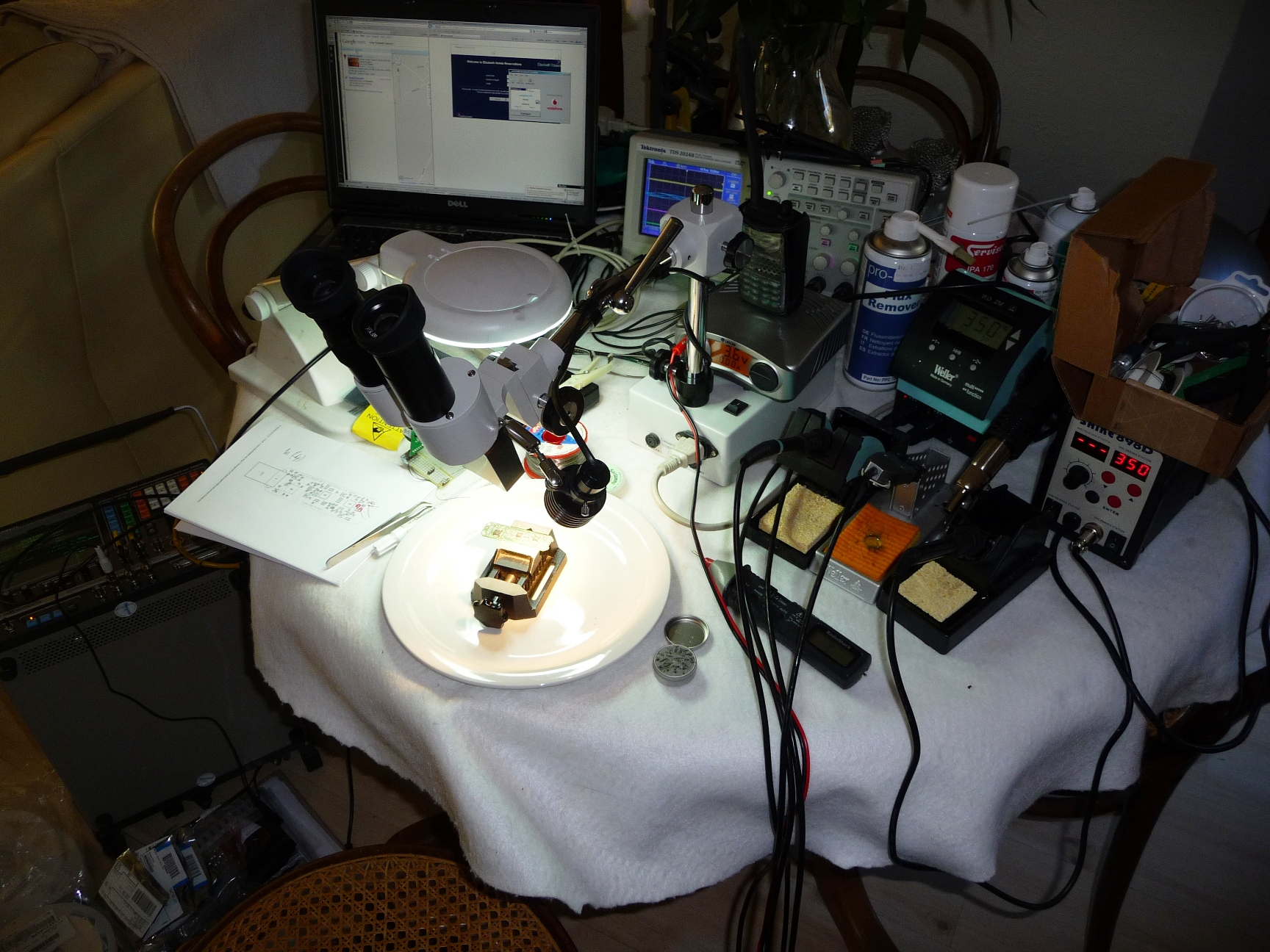