A quick update: up to now almost all the FCD testing has been done in Windows. Over the past few days while the first FCD batch is being assembled, I’ve been working on getting the FCD fully working on Mac OS X and Ubuntu 10.10. I don’t have a Mac so I’m trying my luck with OS X under VMWare. I have the device recognised under both Ubuntu and OS X and I have Linrad working under Ubuntu. I have also started working on some example Ubuntu frequency changing code that hopefully will also port to the Mac. Already I can talk to the FCD’s HID interface from Ubuntu. Getting the audio interface working on the VMware Mac is proving more difficult, although to be fair it doesn’t work with a normal USB soundcard either so I might need to find some real hardware. The device is properly recognised in all operating systems. I am finding that getting SDR code working under OS X is challenging to say the least. Either the code is very old and won’t compile properly or the basic setting up is proving non-obvious. Or more often, both. I thought the Mac was meant to be easy to use?!?

A sidenote, the last time I wrote code for a Mac was on a Mac 512k over 20 years ago under Turbo Pascal writing terminal emulators (yes, they had Turbo Pascal for the Mac!). That was where I cut my teeth with software memory management and handles. Hypercard anyone?

I’m slightly better on Linux, but not by much where I wrote and tested a PC emulator under Linux that I then ported to Windows CE around 1997 so you could run MS-DOS and even Windows 3 on a Windows CE device. It was easier that way, believe me!

Update!!! I managed to get the FCD working on my VMware OS X after patching the USB kernel drivers… 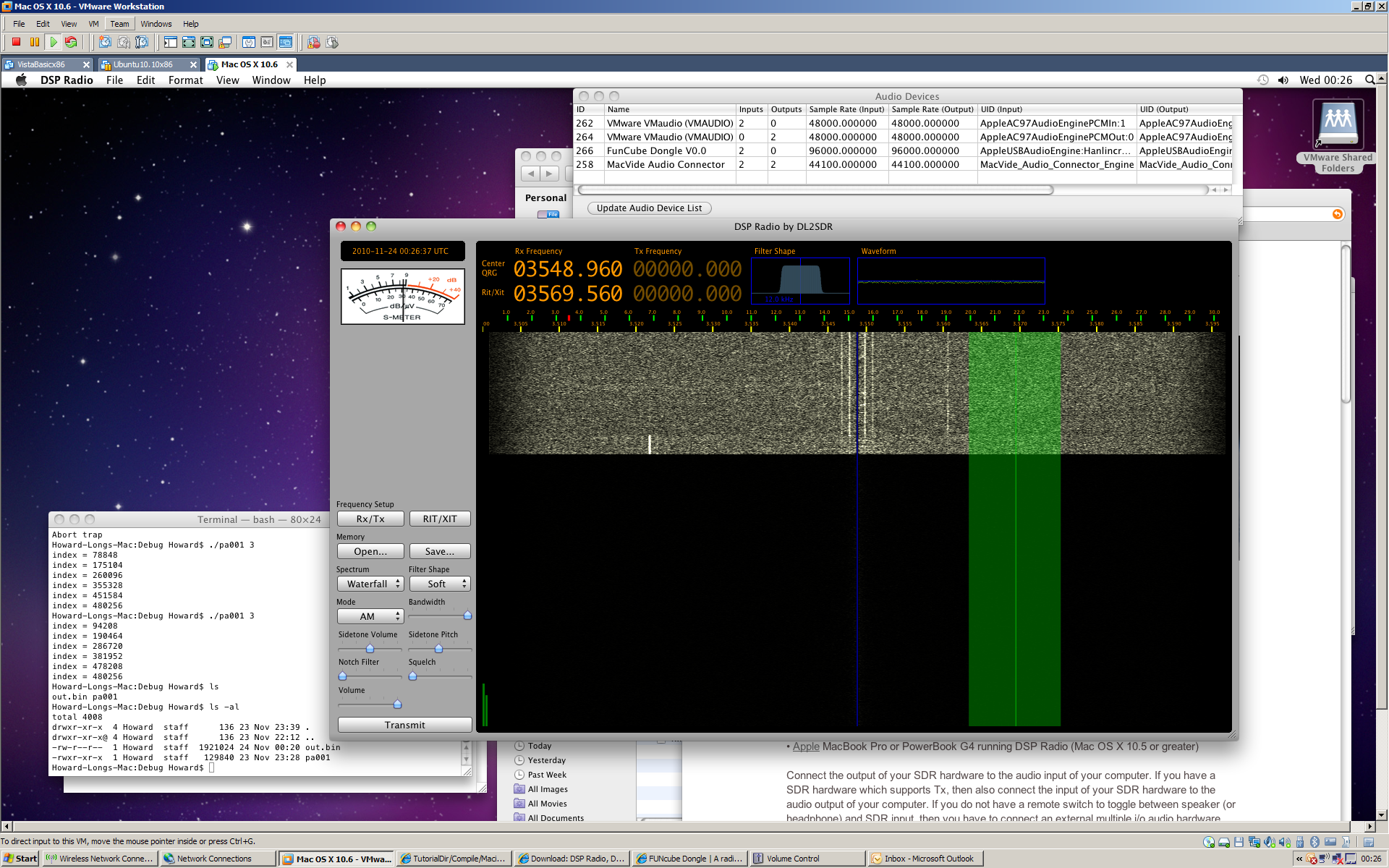